is a Florida Swamp Rock, Southern Americana, and Outlaw Country Band from . is our ground zero. Mermaid Shows and the ! Original swamp rock with authentic country sensibilities and a heart of rock 'n roll.

celebrates the back roads, small towns and the seedy underbelly of the “Old Florida” that is fast disappearing. We write songs that celebrate the people, places and uniqueness of our southern most state.

Cottondale Swamp - Back in the saddle again!

Cottondale Swamp version 2.0 is alive and well! New songs and new shows! A new album is in the works as well.

Cottondale Swamp is comprised of twin brothers Mark Hoag (guitar/vocals), Michael Hoag (bass/vocals), Michael's son Zachary Hoag on guitar and vocals, and the incomparable Michael LaBella on drums and vocals.  A historical side note - Mark Hoag and Michael LaBella played together for the last 10 year in the band Four Barrel Billy (a busy working rockabilly and roots band from New Haven, Connecticut).

We recently played several shows that really rocked! Our friends, our community and fans all came out and let us know that we are part of something really special. Tampa, FL radio station WMNF, asked Cottondale Swamp to be part of three shows (Tom Petty Tribute, John Fogerty Tribute, John Prine Tribute). These gigs provided us with the opportunity to try out our new line-up, and it couldn't have gone better. Not that we were surprised! These shows led us to official debut at Jannus Live - St. Petersburg, FL on November 4th - where we played a full-on Cottondale Swamp show. We have a pretty extensive back catalog of original music from our last two albums (2016 / 2021). And we tested out some brand new songs too! 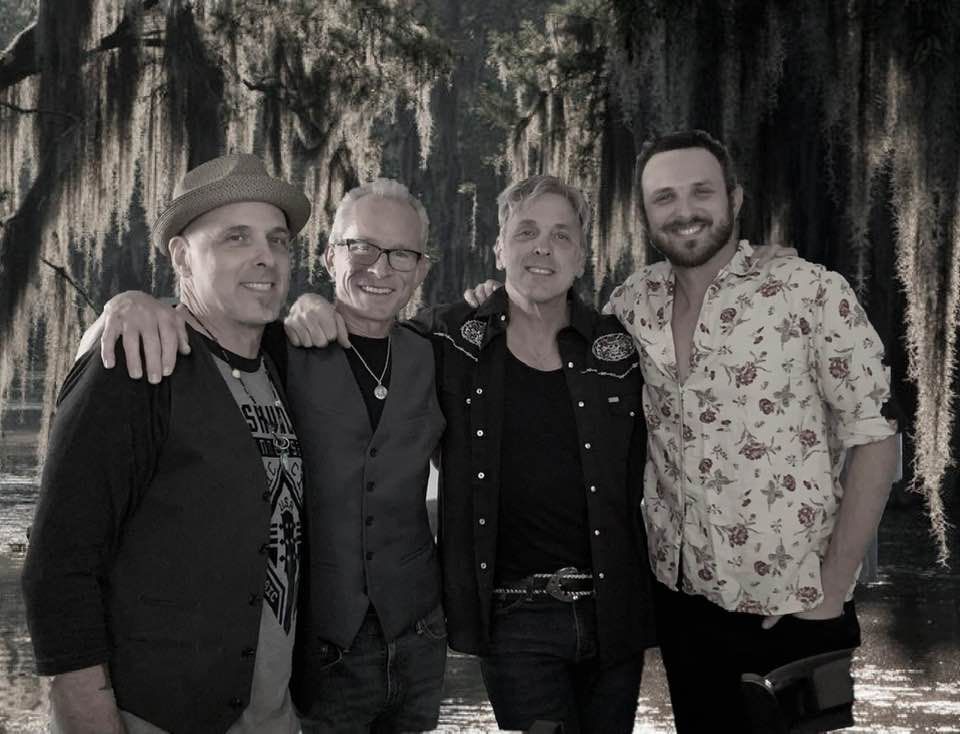 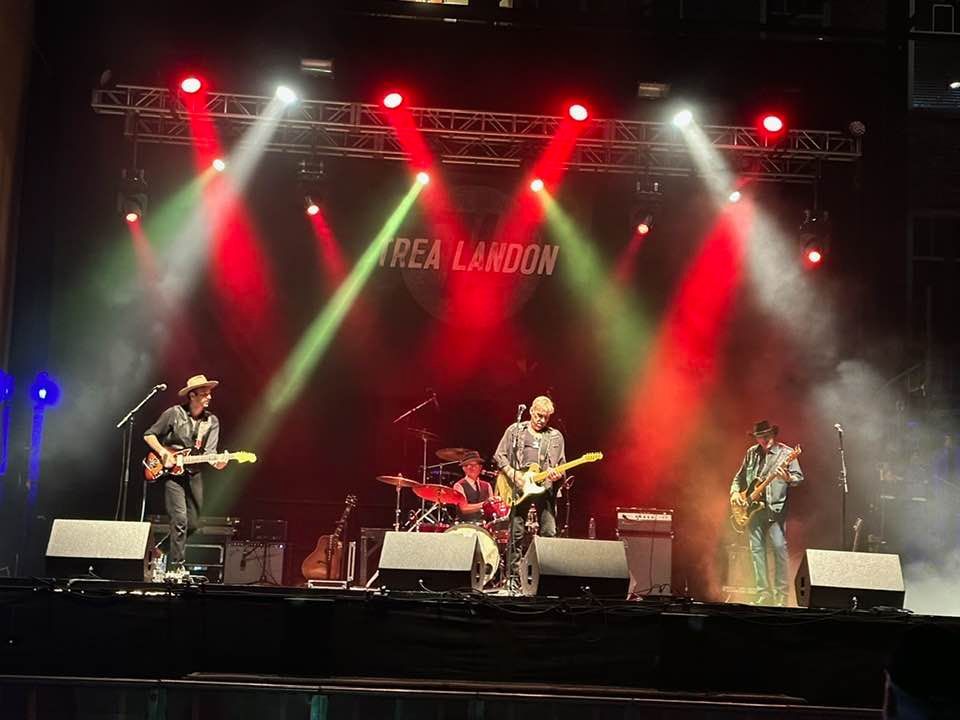 Let's get our Rock and Country on this Saturday in St. Pete!

St. Pete Side Lot presents Cottondale Swamp and Fiddler and the Crossroads!

7 PM - Cottondale Swamp is a Florida Swamp Rock, Southern Americana, and Outlaw Country Band from Florida. Weeki Wachee, FL is our ground zero. Mermaid Shows and the Gulf of Mexico! Original Florida swamp rock with authentic country sensibilities. Cottondale Swamp celebrates the back roads, small towns and the seedy underbelly of the “Old Florida” that is fast disappearing. We write songs that celebrate the people, places and uniqueness of our southern most state. The band will be playing songs from their new 2021 album!

9 PM - Fiddler and the Crossroads Trio features Blues Hall-of-Famer and official fiddler for the Tampa Bay Lightning, Greg Holt. They are a Cajun/Blues band that will take you to the crossroads of Blues and Cajun music with upbeat versions of Johnny Cash, Elvis Presley, Hank Williams and other greats, plus great originals! Very high energy, fun music!

Folks, we had a great night! For us the night went as well as we could have hoped for. The band sounded great, the energy was way up. The crew at Jannus Live were awesome and they did a fantastic mix! The first show of 2021 was a success! Next up, May 15th at the Orpheum in Ybor City supporting the incredible Daniel Donato.

Check out a tidbit of "Lou's Tattoos" from Saturday night at Jannus! CLICK HERE 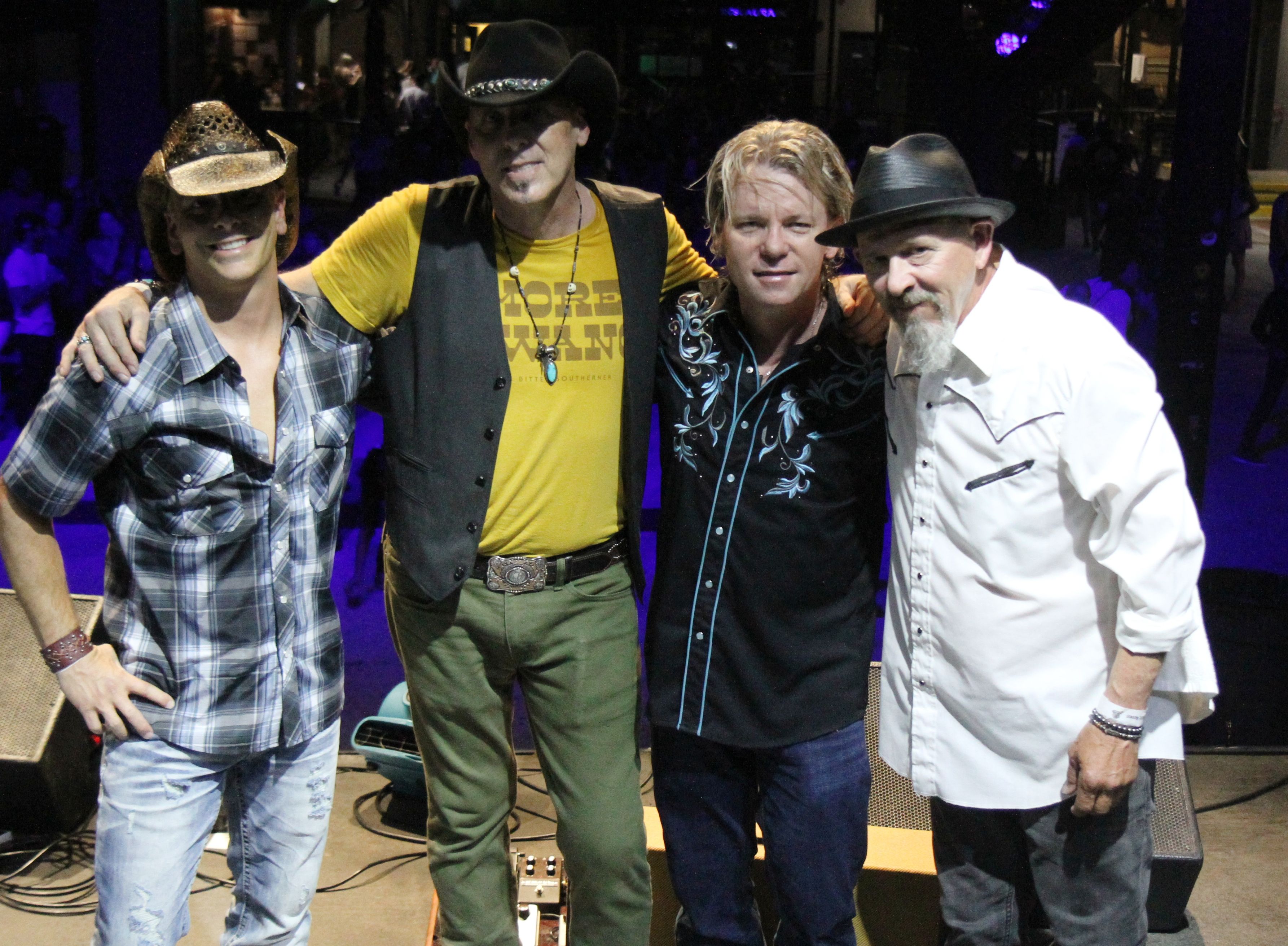 Please join Friday, April 16th for a FREE SHOW at Jannus Live! It's our CD Release Party and a co-bill with Greg White Jr.!

The first 100 people get a copy of our new CD! This is our first show in 2021! We couldn't be more pumped to be playing the iconic Jannus Live, formerly known as Jannus Landing.

Jannus Live is a large outdoor venue located in downtown St. Petersburg. Due to COVID Safety concerns, attendance is being limited to 550 people.

P.S. - Next week we will be announcing a super cool show we just booked with one of our favorite Nashville artists! 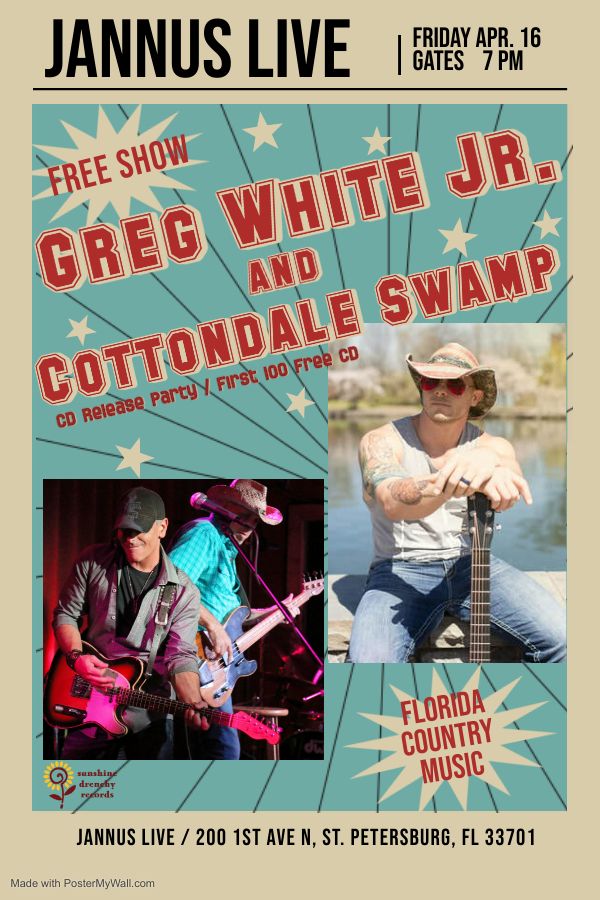 We are proud to announce our brand new album! AVAILABLE NOW! 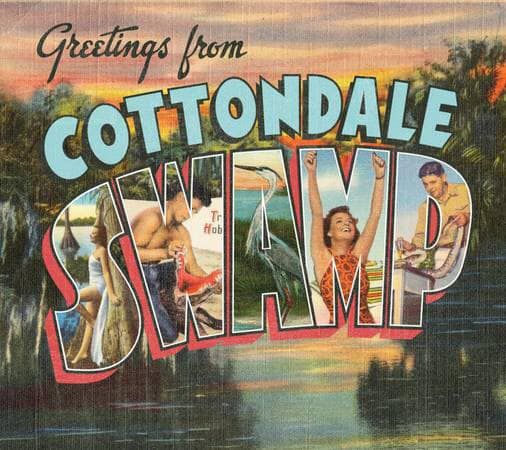 The new album should be in our hands and available in late September. We'll have a release date soon! 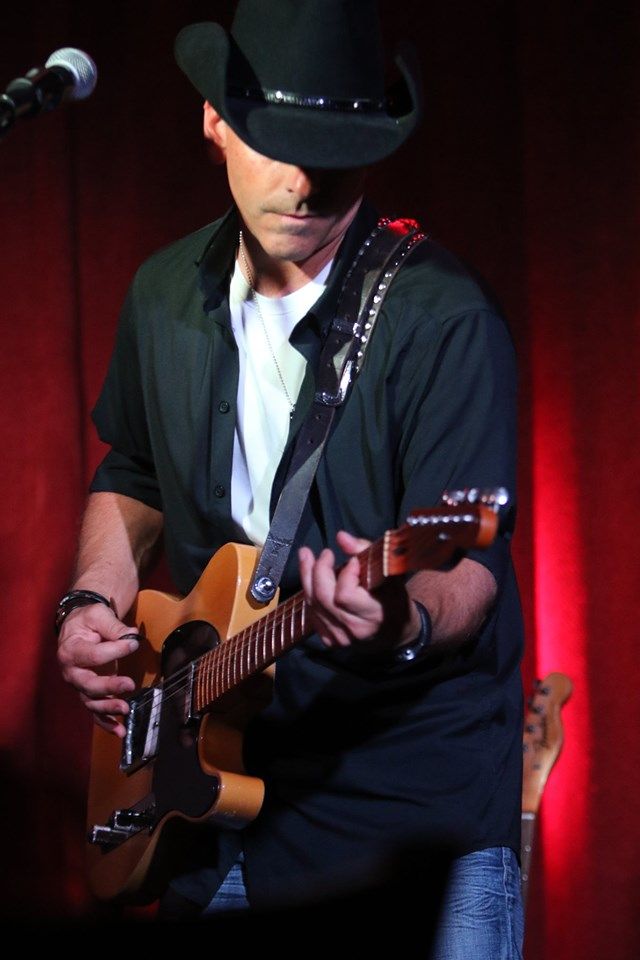 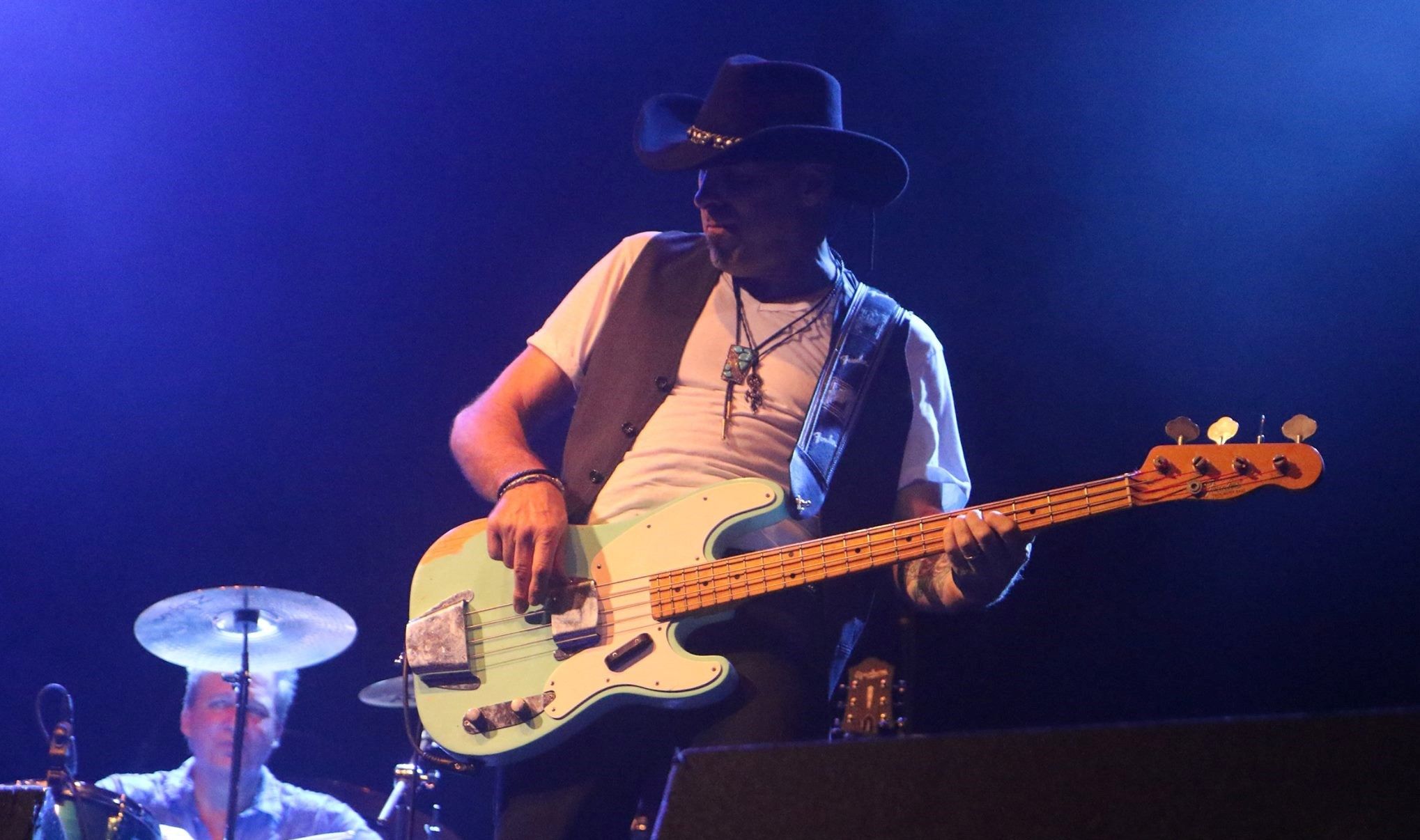 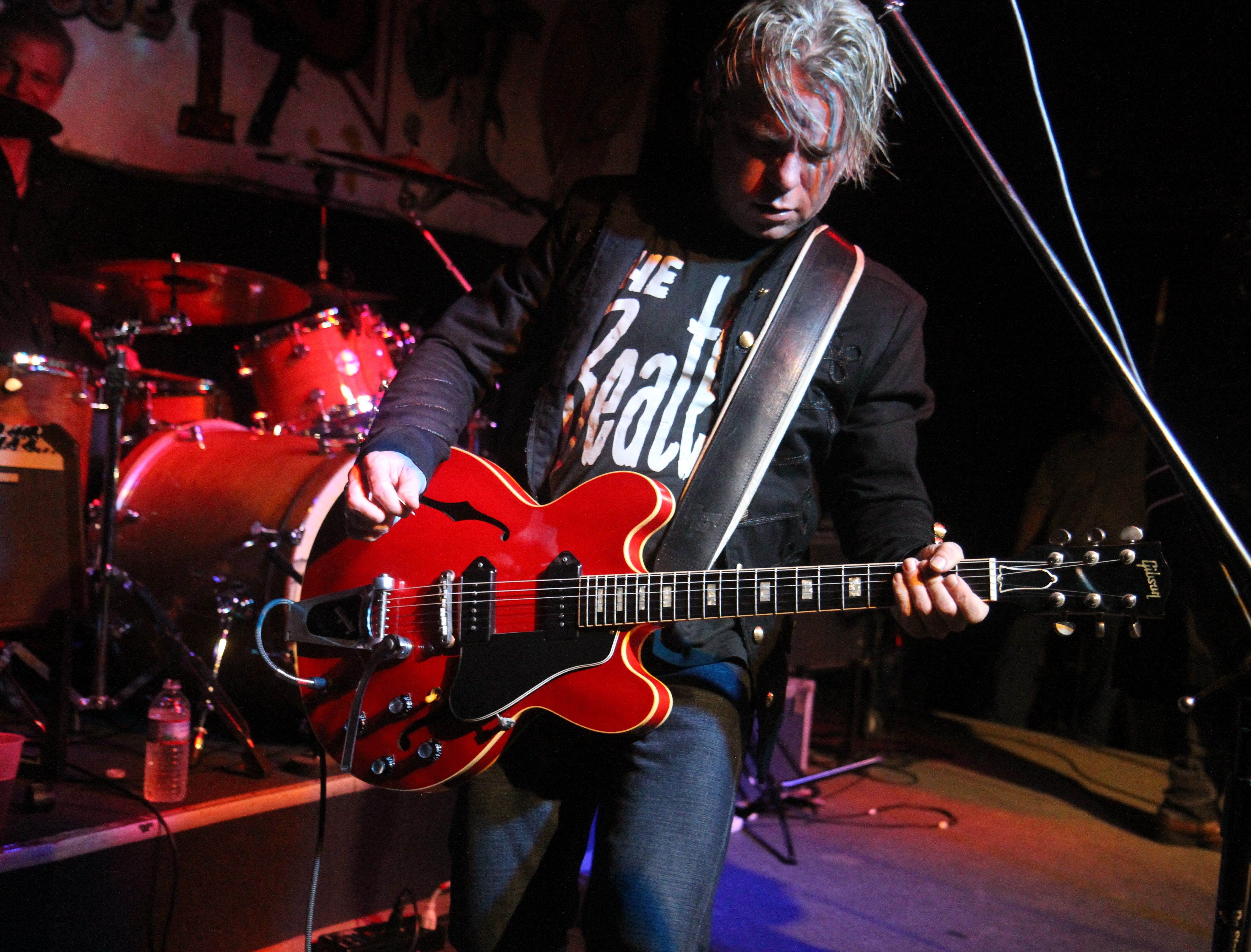 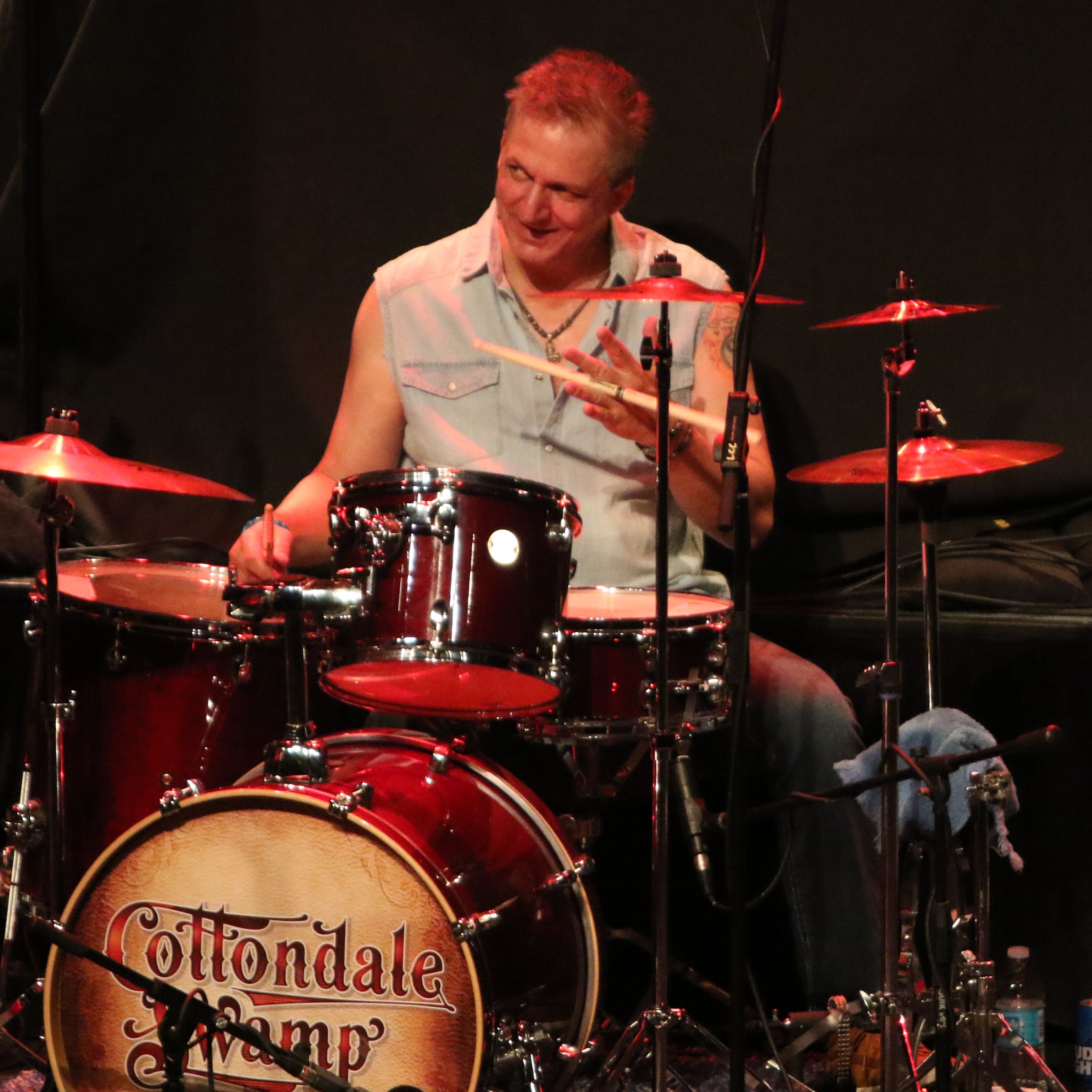 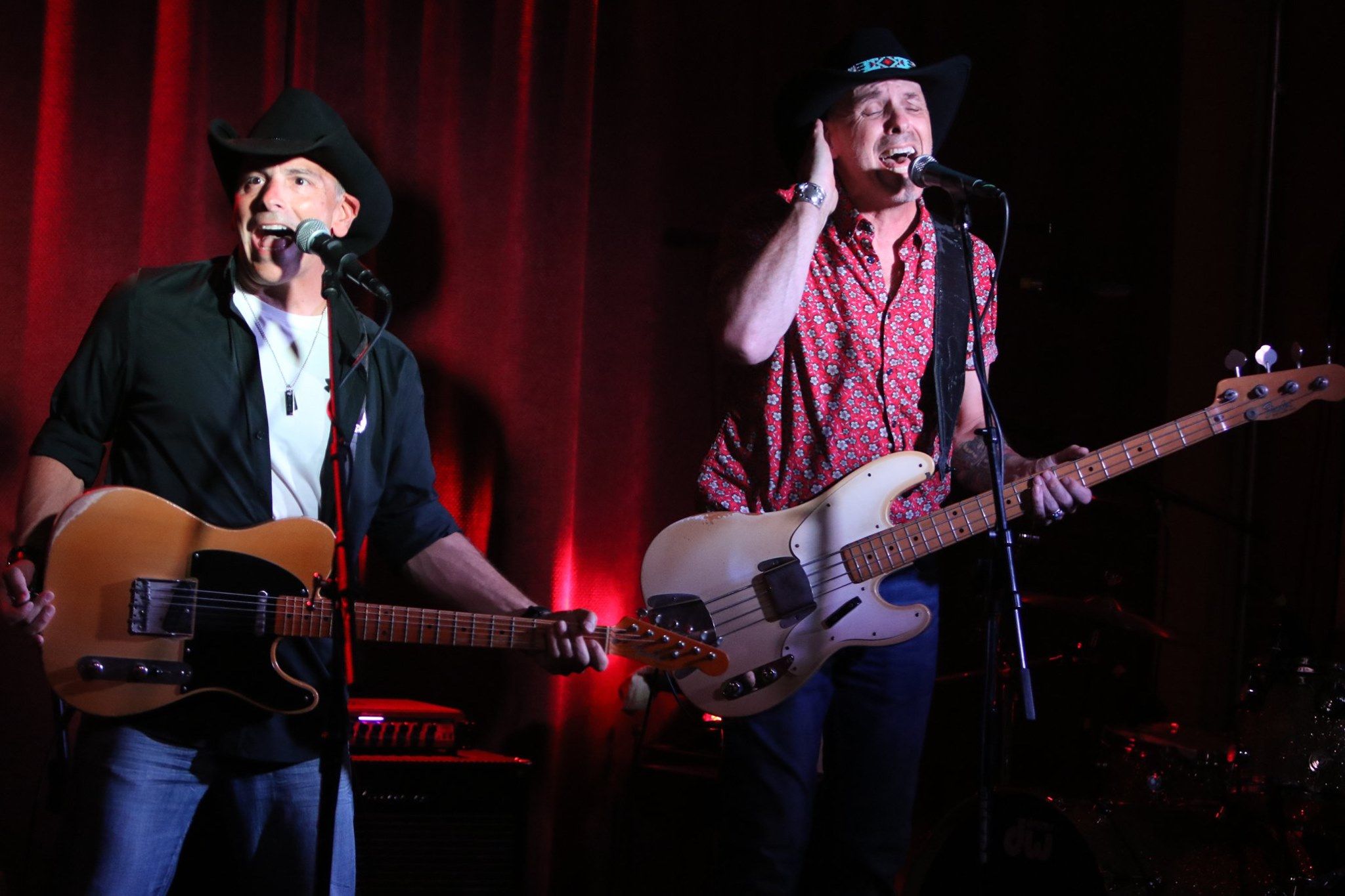 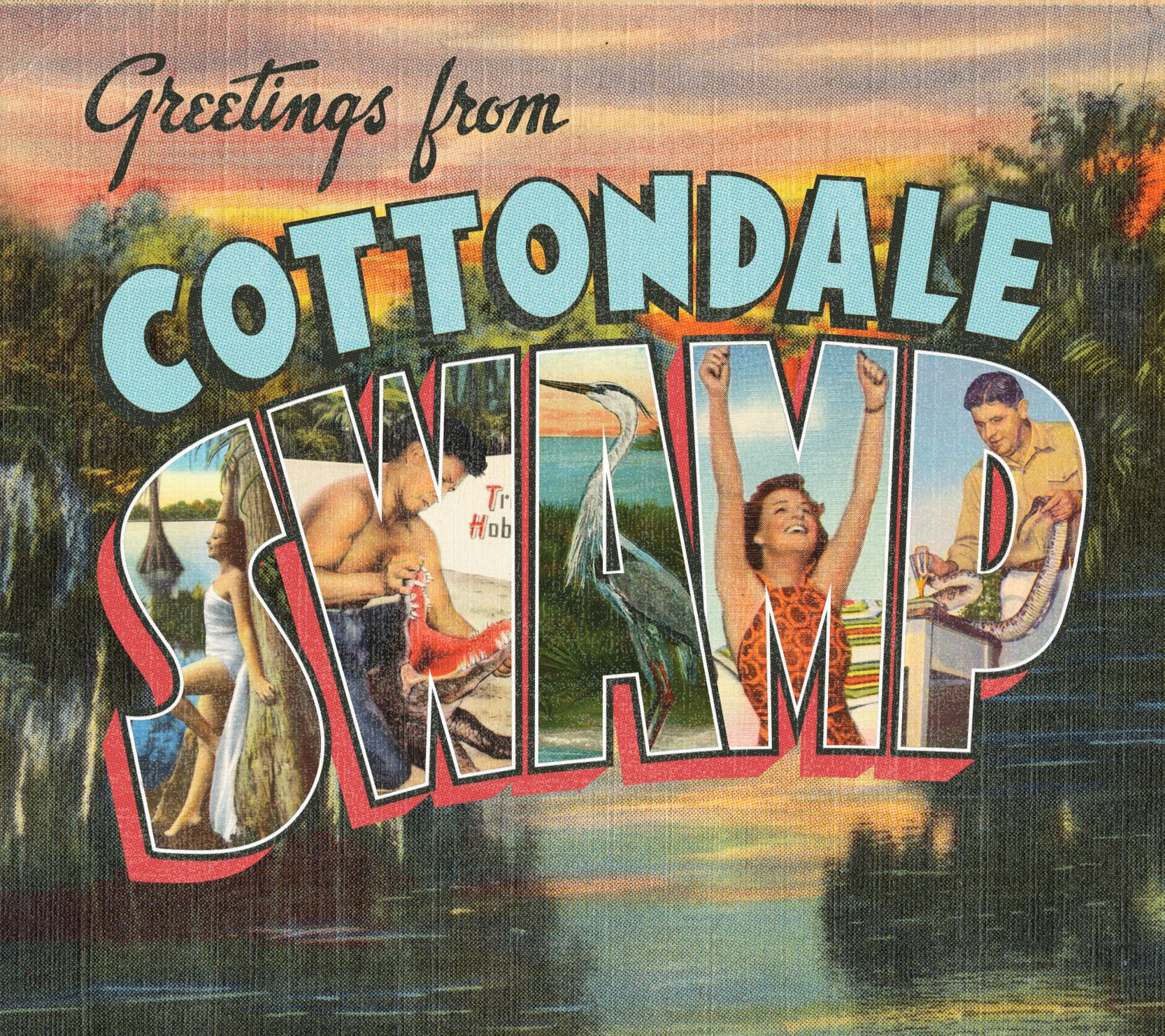 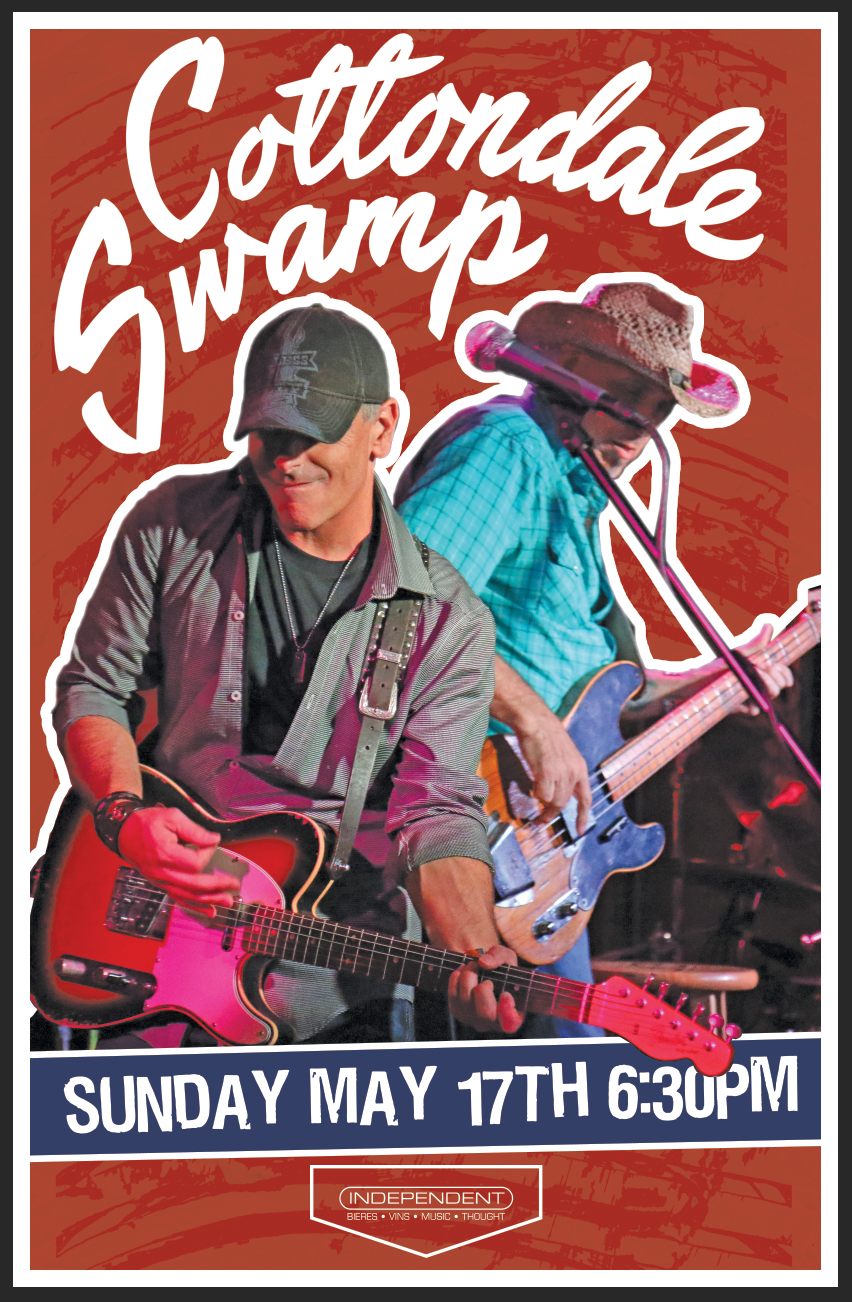 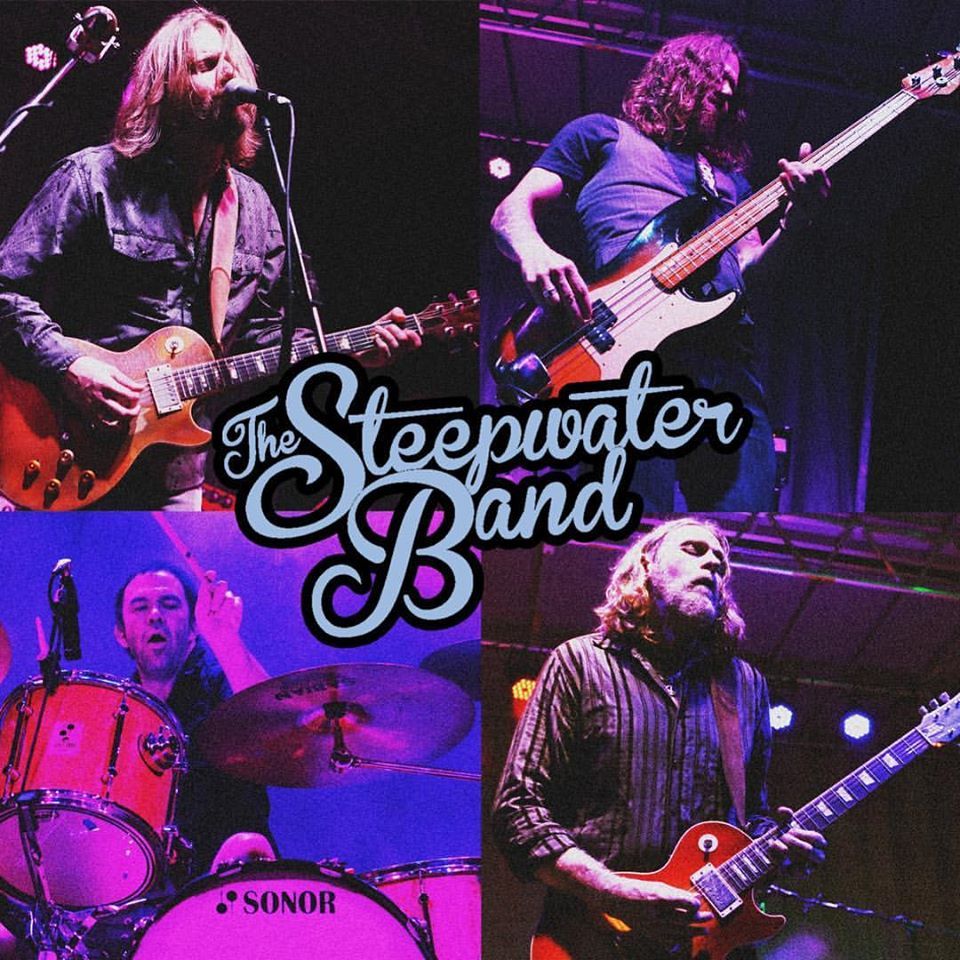 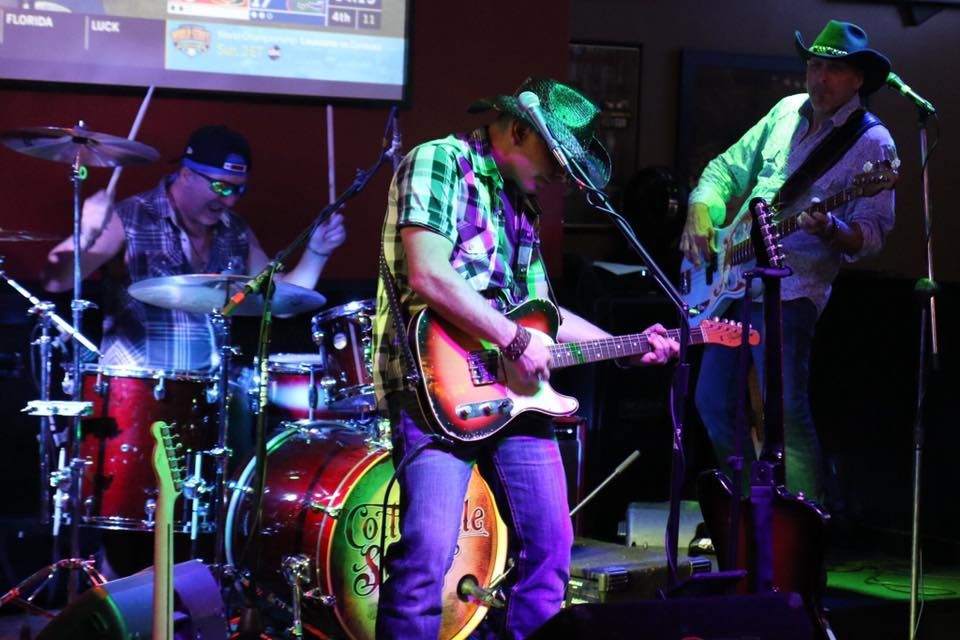 News from the Black Lagoon and the deep recesses of Cottondale Swamp...

You can feel the season slowly change into autumn down here in Cottondale Swamp. The alligators are moving a little slower the rattlesnakes only come out during the heat of the day. But, the band Cottondale Swamp is up to a whole bunch mischief. In addition to playing a few gigs here and there and putting the final touches on some new songs we are playing a couple real interesting shows.

November 2nd - On Broadway: The WMNF Tribute to Musical Theater / Skipper's Smokehouse in Tampa, FL. The doors open at 6 PM. Cottondale Swamp goes on around 10 PM. Musical theater can be special for its intricate music, for its heartwarming characters, for its comedy, for its poignant message, or because it’s plain fun….. and for sheer quality. For the last century, Broadway musicals are where some of the greatest songwriters have written many of the greatest songs. Tickets only $12 advance/$15 day of.  Go to WMNF.org or call 813-238-8001 for tickets—NEVER a service charge! Musical Artists: Anika Sky, We've Got You Covered, Divine AF, JCT 27, Talk to Mark, Sunset Bridge Band, Ricky Wilcox and The Moonsnakes, Parson Brown, The Jazz Hands, Cottondale Swamp, The Flow Sisters, Acclaimed Jazz Siren and Song stylist, Katt Hefner 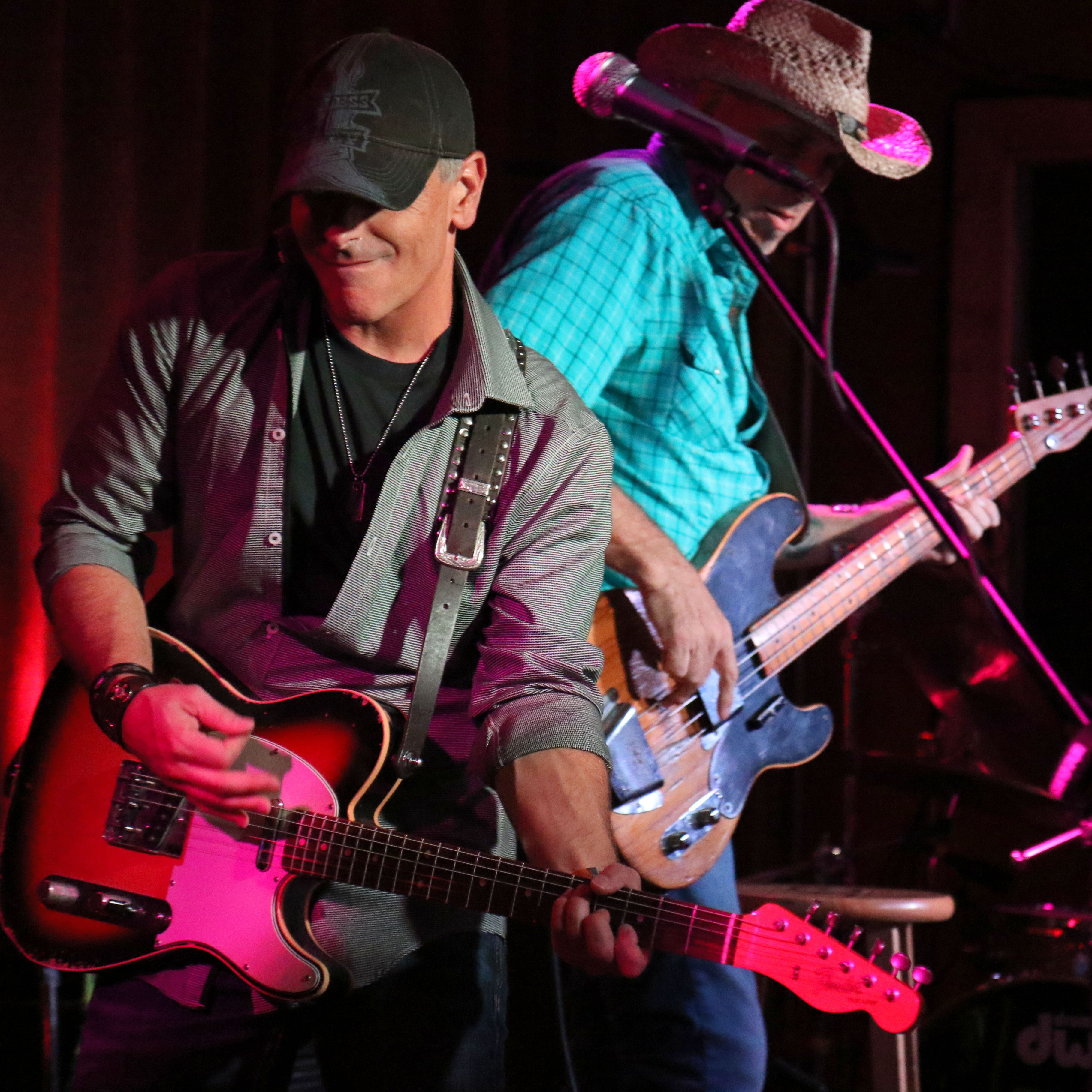 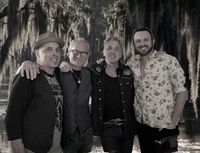