The band has news and happenings!

Cottondale Swamp had a blast at last Friday night's "Live Dress Rehearsal" at The JunkYard in Port Richey. The band was getting warmed up for some upcoming swamp rock and outlaw country shows.

Friday, April 19th we play Fiddler's Green for the first time! It's a great room with a nice big stage and good food. We hope we can build a nice following at Fiddler's Green and make it a regular stop on the swamp rock trail.

Then on April 26th we join forces with FayRoy (currently on tour) and Johnny Mile and the Kilometers. We are sharing a show at the iconic Skipper's Smokehouse in Tampa. If you haven't been to Skipper's you don't know what you've been missing. This venue is the premier spot for the best touring bands passing through Tampa.

And if that wasn't enough, St. Pete's coolest listening room (The Hideaway Café and Recording Studio) has invited Cottondale Swamp and Mercy McCoy to spend a night playing their (our) original Southern Americana Music. 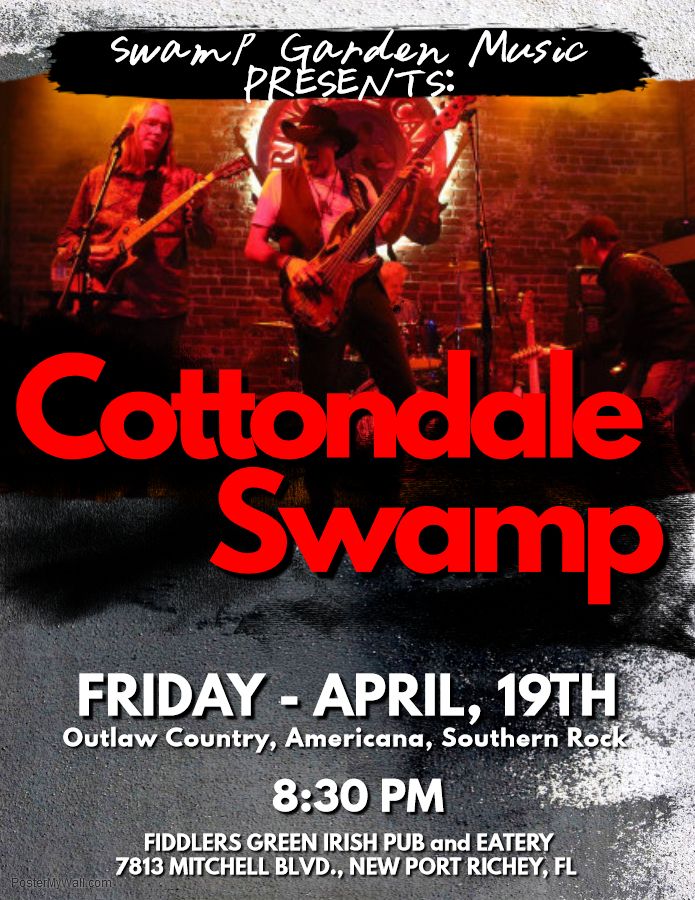 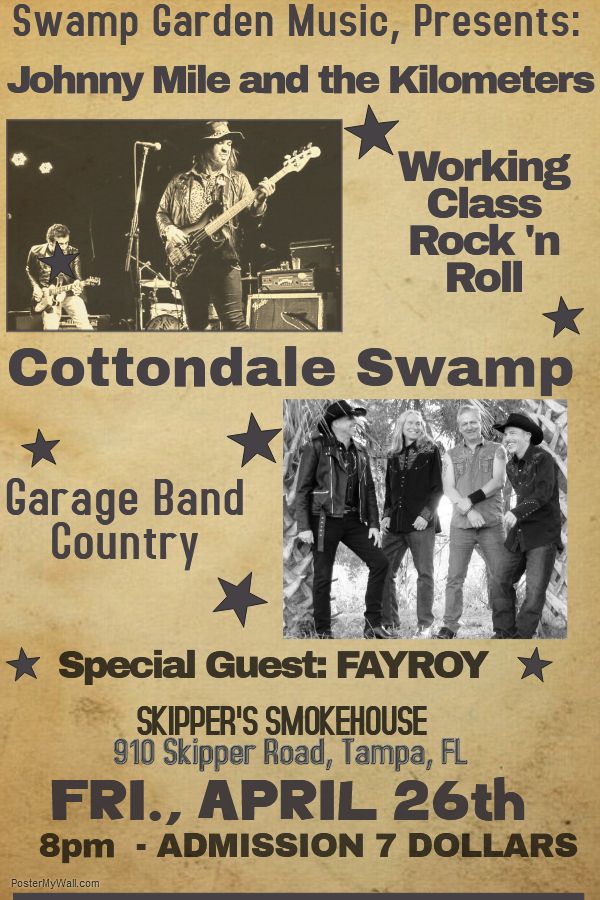 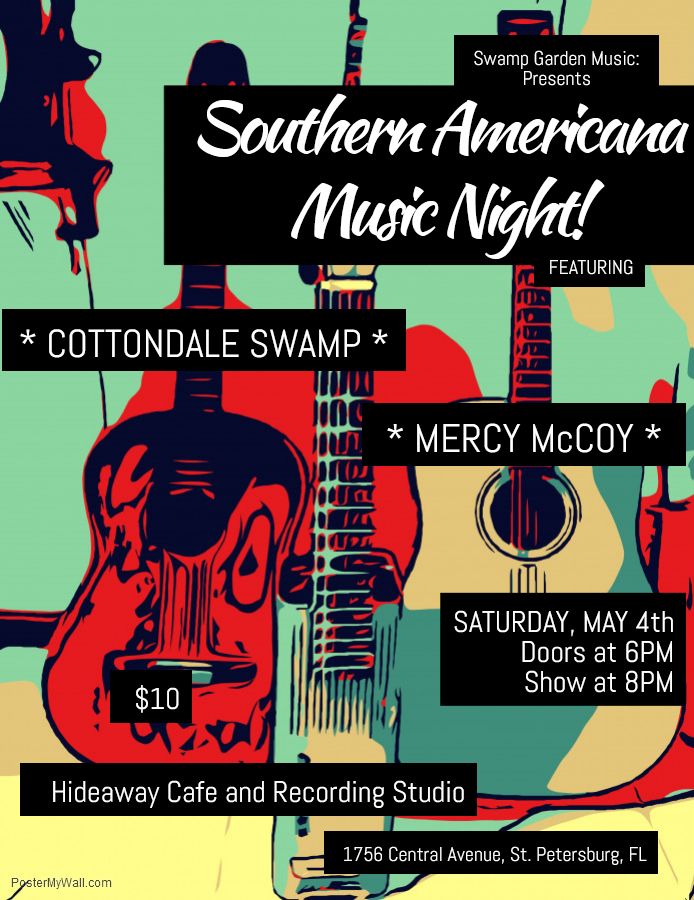